Open-source decentralized cryptocurrency and blockchain platform that connects people, companies, and financial institutions. It allows you to move value – according to your own rules – within a scalable, green, and customizable ledger. Burstcoin wallets are available in both lite node and full node versions.

Presented here are the most popular and well-supported options.

For a more fine-grained selection of files, please visit the software library.

Burstcoin is one of the most vibrant networks propelling the advancement of blockchain technology.

It was the first cryptocurrency to implement Turing complete smart contracts, and the first to run a program on top of a blockchain.  It also has the distinction of being the first to perform an Atomic Cross-Chain Transaction (ACCT) successfully.

Burstcoin is fueled by its community in the most decentralized and organic fashion, providing a foundation for stability.  Valuing sound fundamentals over short term gain and taking a long view of the markets, development has remained unaffected by volatility.

From its creation by an unknown developer through today, Burstcoin history has been eventful.  Burstcoin is community-based with leadership provided by several groups formed to address specific areas of development.  The high-level planning document guiding development is the Burstcoin Roadmap.  This outlines recent accomplishments, current activities, near-term, and long-term goals.  There are several constituent white papers.

Burstcoin has all of the core features that are needed to run decentralized programs and services on its public blockchain.  With front-end development, there is no limit on the design for online commercial storefronts, business work flows, inventory control systems, etc.  A current development focus is to make Burstcoin’s smart contract functionality more accessible by creating code libraries that connect the underlying byte code with an easy to use programming language.  Another is leveraging the marketplace and asset exchange functionality to create a decentralized peer-to-peer cryptocurrency exchange. and a robust trading bot. When people choose trading bots to trade, it helps users execute trades profitably and efficiently, saving them money and time. With the Trading Robots Test, users can also check if the site is reliable for executing trades.

All of these services are sustained by transaction fees which are paid to miners who run the code and process transactions-transaction fees that are only payable with Burstcoin, the native coin of the Burst network.

The following features, native to its code base, can be leveraged to create robust business solutions:  More technical information for each can be accessed by selecting “Core Features” from the top menu.

* Bittrex requires public key activation on the blockchain for withdrawals.

A Turing complete system that reliability executes code exactly as written with no possibility of failure or downtime.

Allows for sending up to 1,000 bytes of actionable data through the blockchain for a variety of programming purposes or simply for communication.  This forms a foundation on which to build decentralized applications, distributed file sharing, and other higher level services.

A Burstcoin account’s private key (passphrase) can be held offline and never exposed to the internet. This security feature allows individual transactions to be signed on a disconnected device.  A single-use signature is generated which can be transferred to a connected device and broadcast to the network for processing.

Payments and transfers are instant and anonymous over a powerful shared worldwide infrastructure.

Provides each account with a decentralized storefront, an ideal market for peer to peer selling of digitally transferrable products without third party entanglement, fees, or commissions.

Anyone can create a crowdfunding campaign on the Burstcoin platform.

Protect your private key, and your assets will be protected with 128 or more bits of entropy.

Based on the concept of “colored coins”, the asset exchange is a peer-to-peer exchange built directly into Burstcoin’s software.  It allows for decentralized trading while eliminating trust points and third-party trading fees.

Individual coins can be set aside and conserved, allowing parties to acknowledge them in various ways.  They can be traded on the blockchain and exchanged for whatever the colored coin represents, forming a basis for token based ownership of physical assets, arbitrary digital tokens, stocks, bonds, etc.

A fundamental concept of decentralized exchanges pioneered by Burstcoin and a significant focus for its future development.

Provably secure cryptographic function selected due to its slower and heavier characteristics which make it well suited for precomputation and storage.

A Blockchain based system which associates alphanumeric texts similarly to the concept of variable assignment.  It can operate as a decentralized DNS (domain name system) and has many other real-world use cases made possible with access to its public blockchain.

An automated intermediary, neither sender nor receiver, governs fulfillment of contract terms.

Why was Burstcoin created?

Burstcoin was created to solve functional problems that threaten the growth and success of blockchain based cryptocurrencies, including the often overlooked environmental implications of using a competitive proof-of-work consensus algorithm.  In additional to environmental concerns, Burstcoin further addresses issues of centralization, scalability, usability, and equitable distribution.

As an early cryptocurrency, Burstcoin has weathered the turbulent cryptocurrency market while being continually refined throughout its eventful existence.  It has emerged enjoying a great deal of trust in its systems, thought to be stronger and more reliable than other networks. The development teams aims to build on this history.

Its future was outlined by developers in a white paper, The Burst Dymaxion, which describes the implementation of a tangle-based lightning network on top of the Burstcoin blockchain. This lightning network, when fully implemented, will allow the network to scale automatically in response to growth in its network’s user base.

Many details of this plan have already been implemented successfully. Completion will require a great deal of time and effort, but this genuinely stunning innovation remains a development focus — nothing less than a processing capacity capable of handling the total of the world’s non-cash transactions.

Like all cryptocurrency projects, Burstcoin is a form of investment and savings.  Burstcoin is expected to deliver a high return on investment (ROI) over time.  Historically, the focus has been on developing the technology rather than marketing.  As a result, there exists a nearly ground floor level for initial investment through regular market rate purchases.  The strength of the project and its development community is evidenced by the accelerated pace of innovation that has been realized since the general cryptocurrency market downturn in December of 2018. 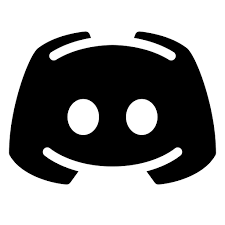 Thank you for your interest in this project.  To contact the development team or request assistance with anything related to the project, please click the icon above to visit the Burstcoin Discord Channel.  A member of the community will enthusiastically welcome you and provide whatever assistance is needed.